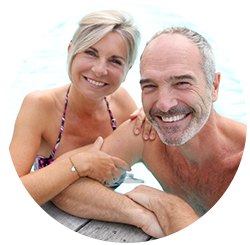 Hormone decline happens for men in the early to late 40’s, and during this time the testicles decrease their production of testosterone and other important hormones. Testosterone is the primary male hormone, and it is produced in the Leydig cells in the testis, which produce between 4 and 10 mg of testosterone each day. Testosterone is the hormone responsible for the normal growth of male sex organs, and it stimulates the formation of the male characteristics after puberty that include growth of facial and pubic hair, development of the penis, voice changes, muscle development, sex drive, and sperm maturation.

Testosterone begins to decline as early as a man’s 30’s, and it decreases by 10% during each consecutive decade. When it takes a steep drop, usually during a man’s 40’s or 50’s, it brings on a condition known as Andropause. This phase is marked by a number of symptoms that include, weight gain, sleeping disorders, lethargy, muscle atrophy, and lower libido. These symptoms can be uncomfortable and decrease vitality and sense of wellbeing of many men in New Jersey.

More than 5% of men over 65 are suffering from testosterone deficiency, and because hormones are interdependent on each other, when one falls out of balance, others can also become imbalanced. Hormone decline primarily affects testosterone, but it may also affect cortisol, DHEA, and melatonin. These hormones maintain a number of functions in the body, and when they are out of balance, various health issues may arise.

Testosterone is the primary male hormone, and it is made in the testicles. During andropause, testosterone is made mainly by the adrenal glands in order to make up for the declining hormone production in the testicles. Ideally, the adrenal glands would be healthy and be able to supplement the testosterone; however, stress wears down the adrenals and can inhibit testosterone secretion. Testosterone controls a number of functions in the human body, and deficiencies can lead to a number of health issues. Testosterone deficiency can be caused by stress, illnesses, chemotherapy, depression, a poor diet, and psychological trauma. Symptoms of testosterone decline may include fatigue, extreme emotional sensitivity, weight gain, loss of pubic or underarm hair, thinning dry hair, low libido, muscle atrophy, high LDL, which is bad cholesterol, and decreased athletic performance.

Cortisol helps the body to deal with stress, and the testosterone and cortisol ratio must be kept proportionate in order to maintain healthy functions. Cortisol is produced by the adrenal glands in response to stress, and if cortisol becomes higher than testosterone, the symptoms of andropause may become increased. After a long period of time with increased cortisol levels, the adrenals can begin to convert sex hormones, such as testosterone, into cortisol in order to meet the body’s demands. This can impair many functions that rely on a correct ratio of cortisol and testosterone, and when they are out of proportion, a person may experience increased inflammation, lower immune function, increased allergies, lower libido, low blood sugar, slow wound healing, low thyroid function, digestive issues, inability to handle stress, and low blood pressure.

DHEA is responsible for the production of testosterone, and it is a sex hormone produced mainly by the adrenal glands. During a man’s 20’s, DHEA is abundant, but by the age of 70, the body only makes one quarter of the amount of DHEA it made during the 20’s. DHEA deficiencies can be caused by a number of factors such as, aging, illness, smoking, and stress. All of these factors affect the body’s capability to produce healthy amounts of DHEA, and symptoms of DHEA deficiencies can include joint pain, fatigue, muscle atrophy, weight gain, lowered immunity, feeling overwhelmed with stress, and irritability.

Melatonin functions to set the body’s internal cycles, and it helps to cause drowsiness when it is time to sleep and to wake the body up by setting the internal clock. Imbalances in melatonin affect the sex hormones because they are involved in the body’s cycles and functions; however, melatonin deficiencies mostly affect the functioning of testosterone and growth hormone. Andropause is the time when most men experience melatonin deficiencies, and symptoms of anxiety, depression, inability to go back to sleep, insomnia, and accelerated aging may be indicators that melatonin levels are low.

A local New Jersey Bioidentical Hormone Doctor can improve symptoms from hormonal imbalances, and a few benefits of hormone therapy can include:

Testosterone directly affects the building of muscle, and if it is increased, muscle can grow to improve tone.

Muscle influences the burning of calories, and when muscle is abundant, fat storages are tapped into in order to sustain energy.

Testosterone fluctuations can create outbursts of anger, increased anxiety, or feelings of sadness. When it is regulated, moods become more calm and balanced.

Testosterone directly affects reproductive functions, and if it is balanced, problems such as erectile dysfunction can disappear and sexual functions can be restored.

Hormones affect the way blood sugar is processed for energy in the body. If hormones are lacking, then a person may begin to feel lethargic. When hormonal function is restored, energy can be returned to optimum levels.

If testosterone is deficient, the desire for sexual activity is decreased. Supplementing testosterone can restore libido and sexual function.

Hormones influence hair follicles in the producing of hair, and cells can die away due to a lack of hormonal production and dryness. When hormones are abundant, follicles can produce healthy hair growth and hair loss can be slowed down.

These are only a few of the benefits that can be obtained through the aid of a New Jersey Bioidentical Hormone Replacement Therapy Specialist. Restoring hormone balance goes to the root of the problem, and for this reason, it has been able to produce successful results for thousands of men.

Institute for Complementary and Alternative Medicine 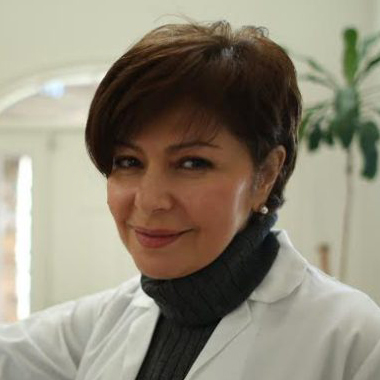 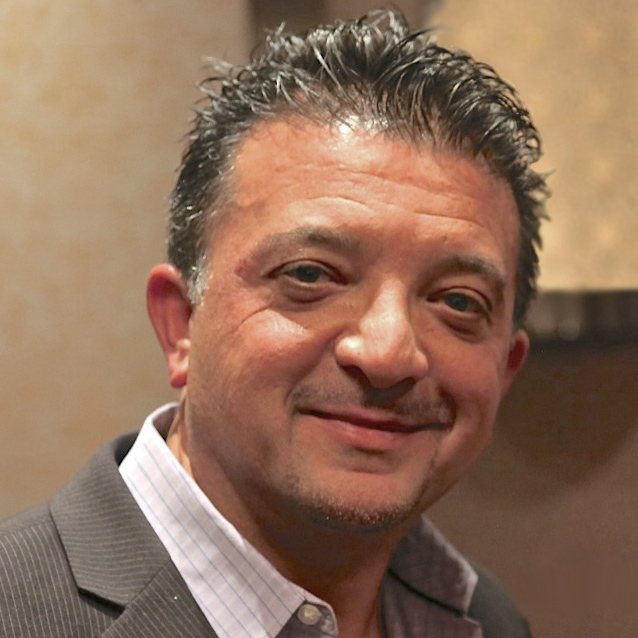 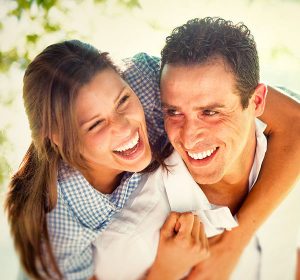 Our directory of New Jersey Bioidentical Hormone Doctors specialize in BHRT (bioidentical hormone replacement therapy) for both women and men throughout New Jersey and the surrounding areas.